OMG It's August, But Actually, Let’s Talk About Europe

My fellow Americans, can we read some European newspapers before we smash those Like buttons whenever our long-lost high school friends call Americans stupid for not acting more like Europeans? I’m sorry, how exactly do Europeans act?

The stupidest thing Americans have done in the age of Coronavirus is lambast ourselves for being the most ignorant nation in the world. We post all over our social media accounts about how our fellow citizens refuse to wear masks. We complain that our leaders didn’t take swift enough or strict enough measures to lock down the country. We browbeat parents who want to send their kids back to school. And all the while, we compare ourselves to Europeans, who – we lament – have been so much more effective than we have at curbing Coronavirus.

And while these Americans critique each other for our irresponsible behaviors, we laud Europeans for obeying the rules, staying home, wearing masks, and respecting their compatriots.

But, you guys, what? You saw the case numbers went down in Italy, and now you heap praise upon every country in the world except your own, because… why, exactly?

Here’s a small sampling of today’s Coronavirus news from Europe:

August 1 marked the first day of mandatory facial coverings at all indoor spaces in France. (That was 2 days ago.)

A Coronavirus cluster on the Brittany coast has pitted hard-partying youth against authorities. (Sound familiar?)

Spain says its recent outbreaks are now under control (as the UK issued quarantines to people coming from Spain).

A month ago, a bus driver in France was beaten to death by 5 passengers, because he ordered them to wear masks. A few days later, thousands took to the streets to march in the bus driver’s honor. Surprisingly, only about half of those people wore masks.

The WHO is talking about quarantine fatigue, that point where a population reaches unbearable levels of frustration and isolation. It’s a global issue. How do we keep the entire human race committed to fighting the virus while we await a vaccine?

Is America the most senseless nation in the world? And if we really think so, why are some Americans getting so much enjoyment by announcing how dumb we are? If an unemployed single mom goes berserk in a grocery store, we put her on display in the media as a prime example of all those stupid Americans who refuse to wear masks and think Coronavirus is a hoax.

No. I just can’t get behind that.

I wear a mask 100% of the time in enclosed public spaces. Outdoors, I wear a mask when I see another person approaching, or when I’m in an area unconducive to distancing. This has been my observation of other humans, as well. Interestingly enough, I live in America. So, huh. I refuse to be judged by Europeans whose American friends have crucified their fellow citizens on social media. (In other words, stop doing that, Americans.)

Who are the people spreading Coronavirus in the USA? I don’t know. I’m willing to bet they’re the same kind of people spreading it around the globe. They’re not bad people. They caught a highly infectious disease, and by some terrible twist of fate, they passed it along to someone else. It’s fucked up, I’ll admit, but it’s Coronavirus. And it’s the same everywhere.

So can we please stop politicizing it? Also, let’s stop inflating numbers and misrepresenting statistics to make our own country look so damn bad. At this rate, it’ll be another year before the EU lets us in.

Instead, maybe let’s applaud one another for our efforts during these difficult times. It’s been a rough five months, and we’re doing the best we can. I’m proud of you all, even if you sometimes get together with friends, or go to church, or attend protests, or complain about your masks. It’s going to be OK.

In the meantime, spend a few minutes every day reading headlines from foreign press, like The Irish Times, France 24, BBC, El Mundo, and any others that pique your international interests. Then, before you’ve exhausted the world languages section of your brain, chill out with these 3 streaming French TV series:

Kind of (Sort of? Not really?) a French version of Sex in the City. I don’t know how many times I laughed out loud during each episode. Quirky characters deliver hilarious one-liners about dating, love, and coming of age in Paris.

This is a darkly comedic drama/mystery with peculiar story lines. It will keep you on your toes, and full of nervous laughter.

Follow a group of high schoolers and their disciplinary officers in the Paris banlieue of Saint Denis. This show is adorable, funny, poignant, smart, irreverent, and thought provoking with exceptional acting and writing. It took me by surprise how much I enjoyed it!

Now, do some pilates, have a cocktail, and send virtual high-fives to everyone you know. We got this, America! 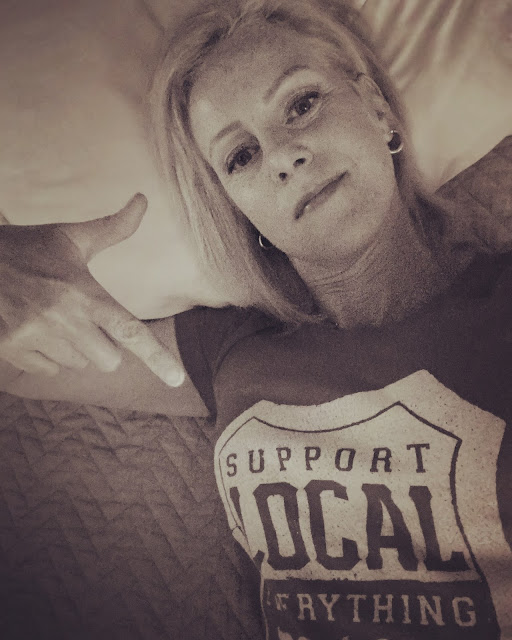