I Hate Numbers. But Also, Numbers. And Headlines.

According to Worldometer, which seems to get its numbers way earlier than the CDC and the WHO (???), here is the current global breakdown:

I will refrain from commenting with my unsolicited opinions. Just, look at those numbers and tell me they make sense. Like, do they really, actually make sense?

Here's another thing that doesn't make sense. My son’s roommate was quarantined in their dorm room for 14 days because he was “contact traced” to a student who tested positive. In the meantime, my son was not quarantined. He came and went as he pleased. 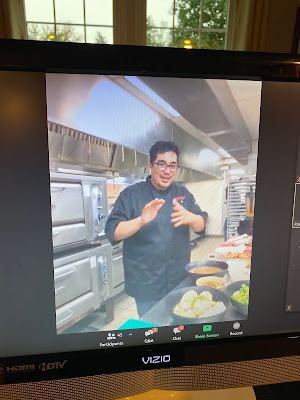 Jose Garces taught me how to make 4 kinds of tacos (with accoutrements) in less than 2 hours - virtually, of course - and I succeeded. Does *that* make sense?

Here in the USA, we don’t hear enough about Europe. Our news outlets barely report on anything other than our own egocentric issues. But, as I’ve said many times before, Europe is experiencing many of the same things we’re experiencing here in America. We like to think we’re special. However…

Residents in poorer areas call the measures discrimination as Spain tried to curb the rise of Covid-19.

“We Have Space”: Thousands March in Germany Urging EU to Take In More Migrants

Wait. What? (No, just breathe for a minute.)

Do you really believe the USA is the most fucked country in the world during these Coronavirus times? Because, you guys, the entire globe has lost its collective mind, my own country certainly included, but also, not leading the way.

(PS - When you have a minute, do a deep dive into the debacle of virginity certificates. I don't see why they shouldn't absolutely be issued to any young women who request them. Because, virginity only exists for the person signing the certificate. That person can be a French doctor who is choosing to protect these young women from whatever.)

We are living in strange times, my friends. And now, Election Day is upon us.

This week, Ruth Bader Ginsburg died, and Trump vowed to nominate a new Supreme Court Justice by Saturday. Americans are divided over the start of college football. Two Massachusetts parents and their teenaged child are facing criminal charges after hosting a party during Coronavirus social restrictions. The UN chief warned of a new cold war amid US-China tensions. The CDC is recommending that Americans forget Halloween this year. And here in Pennsylvania, a phone app launched that tracks Coronavirus exposure.

I won’t lie, I’m a little scared of everything right now. I’m doomsday prepping with extra food things, and sanitary things, and mascara things. Like, aren’t you? 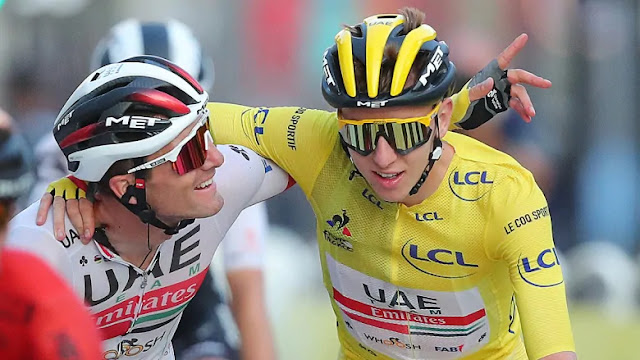 This GOAT won the Tour de France yesterday, 2 months after the race was rescheduled amid Coronavirus concerns. He turned 22 the following morning, making him the youngest Post WWII winner.
Location: King of Prussia, PA, USA