France just announced another Total Coronavirus Lockdown starting tomorrow (with certain restrictions not quite as draconian as the first lockdown). Spain, Ireland, Germany, and others have also tightened quarantine measures.

It’s the end of October, and the holidays are approaching. In California, Governor Newsom announced mandatory Thanksgiving restrictions, which include:

All gatherings must be held outside.

Gatherings that include more than 3 households are prohibited.

Food and beverages must be in single-serve, disposable containers.

Attendees may use indoor restrooms that are frequently sanitized.

Gatherings should be 2 hours or less.

The host should collect information from guests for contact tracing.

I don’t know, you guys. What if every member of your extended family purposely quarantines for 2 weeks ahead of Thanksgiving, so that they may enjoy the holiday without the fear of infecting Grandpa? Don’t bother. There are no exceptions. What if you flew all the way across the country to hold your sister’s new baby, but you can only visit for 2 hours? Pu-leaze. The rules definitely apply to you, because Florida.

I’m not sure who plans to adhere to California’s Thanksgiving rules, but if you do, bless your heart.

Earlier this month, the U.S. Army released 2020 suicide statistics that are downright alarming. Their numbers show a 30% jump, from 88 last year to 114 this year. In the meantime, less than 10 service members - across the entire U.S. military, including the Army, but also the other branches, the Reserves, and the National Guard - have died from COVID.

If you regularly read my blog, you know I just visited my U.S. Airman for the first time since last Christmas. This is directly attributed to Coronavirus, as he was frequently quarantined (as often as twice per month for 7 consecutive days). When he wasn’t quarantined, he was forbidden from traveling more than 100 miles from his base. He still has many restrictions in place, but when he got a short break from all this nonsense earlier in October, The Hubs and I immediately headed south.

I’m not sure what I’m doing for Thanksgiving yet. In recent years, my sister-in-law and I have rotated holidays. I have a big family, and so does The Hubs. Between us, we have 7 adult children, most of whom are partnered up. I don’t intend to restrict the number of people with whom I share my single-serve, disposable containers of turkey. But, that’s me. By all means, you do you.

Meanwhile in Philadelphia, hell has broken loose. After yet another highly publicized police shooting, the city has seen 2 days and nights of protests, riots, and looting. I said it before and I’ll say it again: This is still the beginning of increased tension, turmoil, and violence that we’ll experience as 2020 rages on. I wish I didn’t feel that way about it, but survivalism has long been my thing. 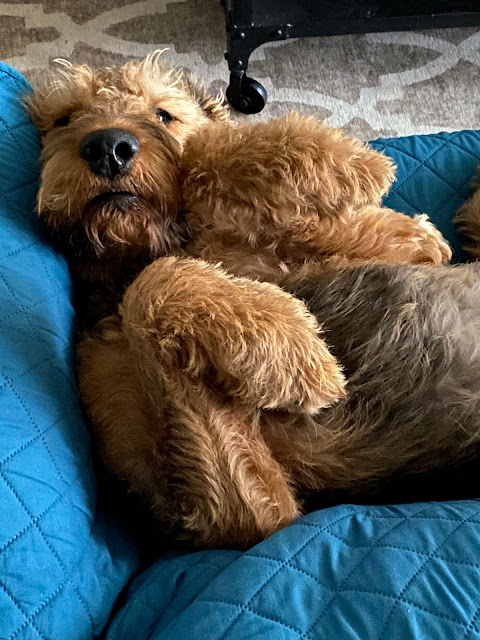