Looking to the Future: Vaccines and Celebrations

Thanksgiving at my house included me, The Hubs, Ryan, and the dog. I cooked a prepared turkey breast from Wegmans, boxed Stove Top stuffing, and powdered mashed potatoes. I did spend a significant amount of time on my homemade spicy maple sweet potato soup, and that certainly paid off.

We missed spending the holiday with our extended families. More than anything, I missed my parents and my 3 ½ year old nephew. Also, I missed basting a giant turkey in my oven, my mom’s sausage stuffing, and the colossal shrimp cocktail and charcuterie board that traditionally kicks off our food fest.

Next up is Christmas, which will look much the same.

(I’ll confess that on Saturday following Thanksgiving, The Hubs and I invited his kids to our house, along with their significant others, one friend, Ryan, and Ryan’s girlfriend. So, 13 of us, if you don’t count the dog. We mostly practiced social distancing. We ate barbeque pulled pork cooked in Le Creuset, homemade pizza rolls meticulously prepared by my daughter-in-law, and gourmet s’mores around the fire pit. We watched college football, at least, the teams that had enough qualifying players without Coronavirus. We exceeded the attendance recommendations, but we entertained zero old people. I mean, you guys, age is just a number.)

Vaccines are rolling out in mid-December. Here in the USA, we’re legitimately calling this project: Operation Warp Speed. Some government body gave the pharmaceutical companies permission to move up standard testing timelines, and military units are ready to disseminate life-saving injectables at the snap of someone’s finger. The first round of doses is reserved for healthcare workers, longterm care residents, and Starbucks baristas.

I’m here for it. Let’s get this train rolling down the track.

Because, here’s what I intend to do once we’re inoculating the human race and eradicating COVID-19. I’m planning to party like it’s 1999, which includes hosting an Easter Egg Hunt in my backyard for anyone who’s willing to don a Halloween costume along with a Santa hat. Then, I’m setting off homemade fireworks, serving margaritas with turkey tacos, utilizing Ryan’s Send Cart, and playing Cardi B’s WAP as loud as I fucking want from my backyard speakers. 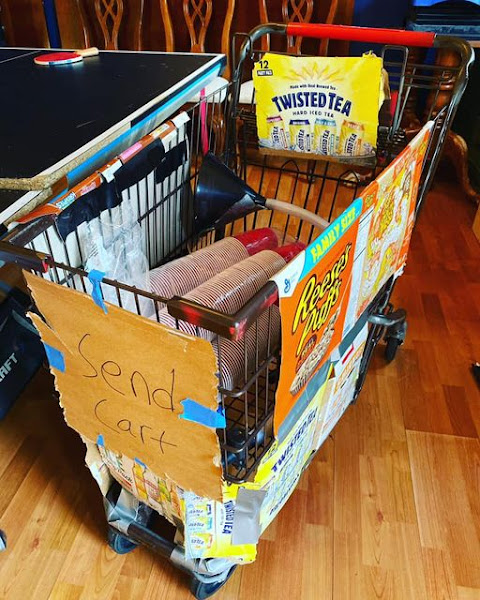